Eluding detection of the most wary of targets with a high-tech composite exterior; it carries an armament with laser-guided accuracy which single handedly can destroy an entire town; its afterburners crack at supersonice speeds and can put a man at the controls to sleep with it’s massive G-Force. Of course we are talking about the F-22 Raptor Fighter Jet the most advanced and sophisticated weapon in the world today, which the Evolution2, Raptor Speargun was named after and bears a slight resemblance to but without the $273 million dollar price tag.
The HammerHead Evolution2 Raptor model utilizes a sleek elliptical Poly-Urethane coated shaped barrel, which gives it stealth and stability in the water. The unique Raptor coating dampens shot noise and vibration, while lending additional mass to the speargun allowing for increased recoil resistance. With an elliptical shape the Raptor barrel easily tracks through the water while “locking-in” it’s target.
ADDITIONAL FEATURES 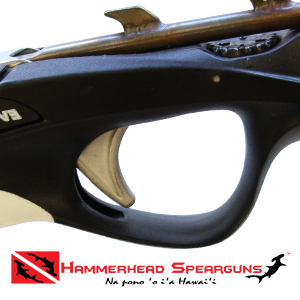 The reverse trigger mechanism with stainless steel trigger pull and sear hold the shaft securely in the handle until you are ready to unleash the shafts fury upon your fish. 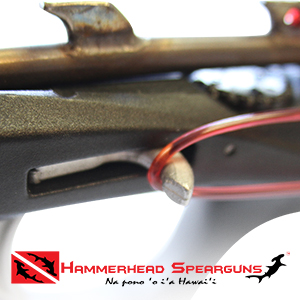 The spring loaded stainless steel line release resets itself after each shot allowing for a faster reload. 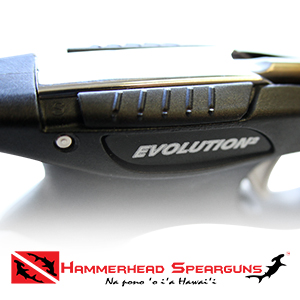 The ambidextrous thumb safety is convenient and easy to operate keeping you and your dive buddies around you safe as you stalk your prey. 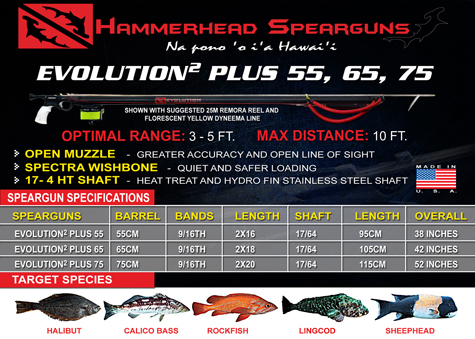 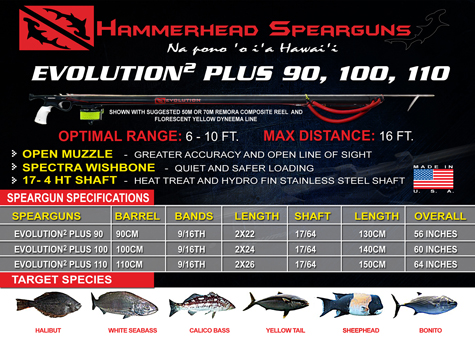 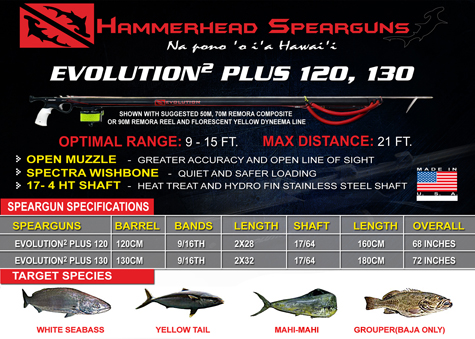 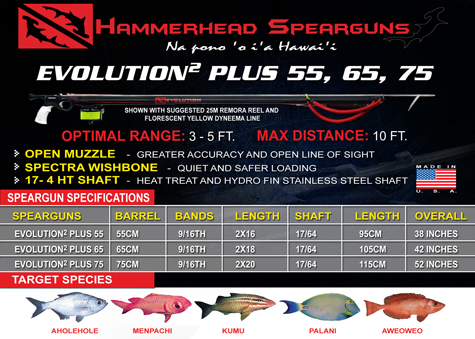 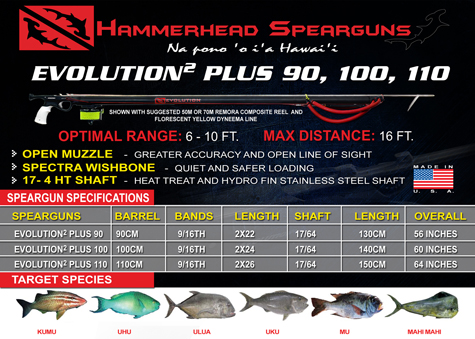 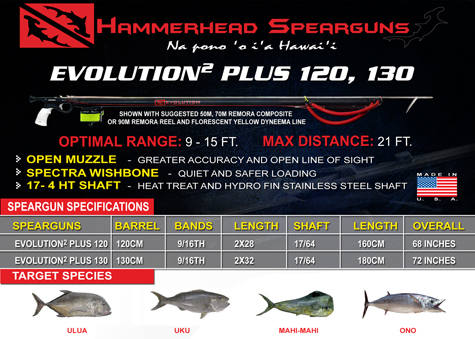